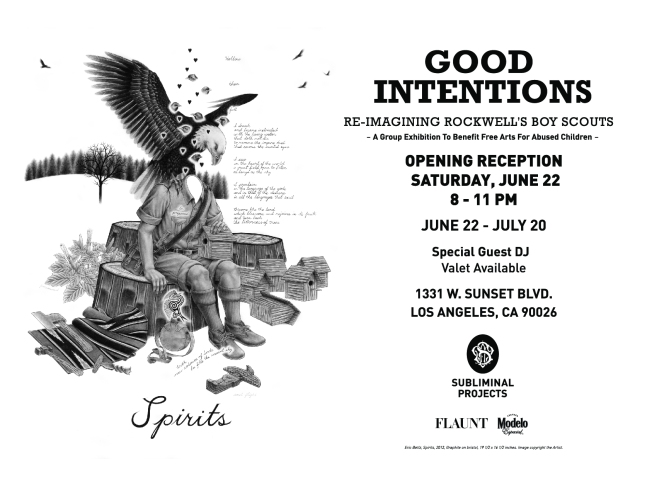 Here’s the Which Way L.A.? broadcast:

Programming for Good Intentions was held in conjunction with Free Arts for Abused Children (FreeArts.org), a national non­-profit that provides arts programs to children who have experienced abuse, neglect, poverty, and homelessness. Net proceeds from the sale of artwork and catalogues will be donated to Free Arts.

I also managed the production, design, and printing of the Good Intentions Catalog & E-Book Bundle, which can be found at Pacific Stacks.

For a full overview of the exhibit, visit Subliminal Projects.