Project Description: Co-produced book release party for The Source, which included the reuniting of psychedelic music icons YaHoWa 13, and the recreation of Father Yod’s bedroom in the main corner of the EchoPlex, replete with shag carpets, retro upholstery, and triangular mirrors. The event has since been cited by many as a starting point for L.A.’s neo-psychedelic movement.

“That night at the Echoplex represents a ‘pivotal moment in the development of the psych scene in LA, uniting many generations of psychedelic music fans and spiritual warriors in one room, creating a dialog between the 1970s and the “kids” that hadn’t taken place before. There was a room in the back of the venue all done up with white shag carpet and huge inflatable bean bags and I can remember lounging in this room on loads of Ecstasy talking about Kabbalah and breath of fire with Source Family members who were excited to be talking to a young wannabe shaman active in the LA scene.” — Guy Blakeslee, frontman of LA rock band, The Entrance Band.

L.A. Times – Back To The Source: The stylish ’70s cult holds a reunion, and the fashion world crashes it. 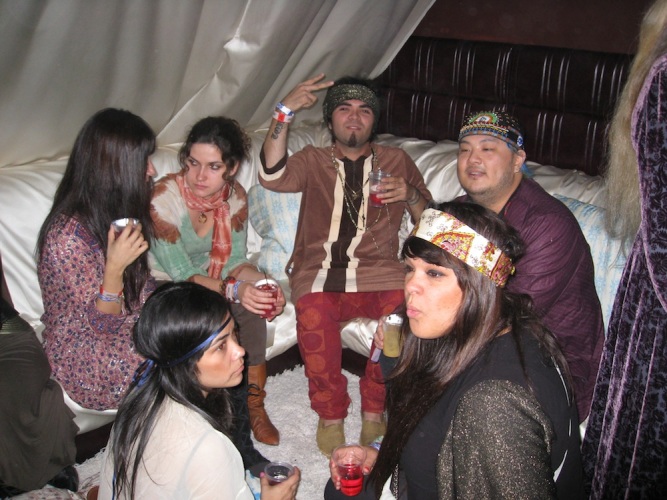 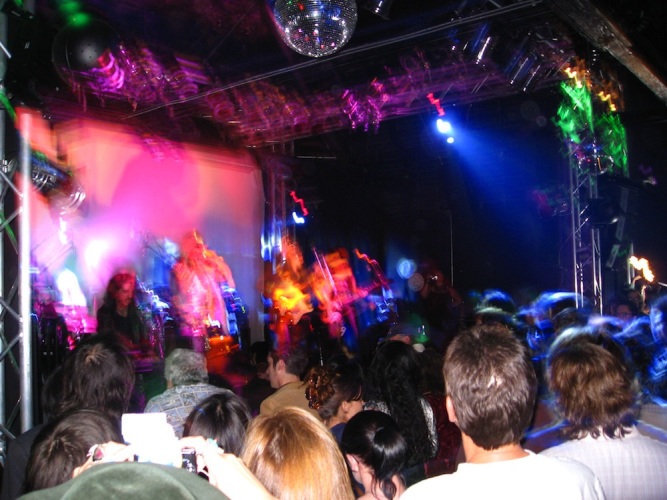